Tusker Kusha in no mood to return to Dubare camp A male wild elephant always travels in search of its mate. He will jump from one herd of female elephants to another until he finds a female willing to mate. After a bull elephant has mated with a female, he will stay with the female and guard her from other males.

Sometimes, bull elephants are known to travel great distances in search of a partner and may not come back to its original place. Here is an example for this natural behaviour. At the Dubare Elephant Camp in Kodagu tamed elephant Kusha has been missing since the last one-and-a half years. He had broken his chain and had escaped from the camp.

Despite the best efforts by the Forest Department, the elephant has not come back. When the forest staff tried to coax Kusha back a couple of times, it showed an agitated behaviour, said officials. So much so that it even shies away from the mahout who tamed him, Dubare Deputy Range Forest Officer Ranjan told Star of Mysore.

Twenty-seven-year-old tusker Kusha was in Musth condition when it escaped from the Dubare camp and it had unshackled itself before venturing inside the woods in search of a female. Elephants Kusha and Lava were caught during an operation at Betekadu in Virajpet taluk four years ago and both were tamed at the Dubare camp by Mahout Mani, Kavadi Ravi.

Kusha was mischievous and normally, any elephant that wanders beyond the Dubare camp boundaries in search of a mate returns to the camp once the mating season is over. “But Kusha has not returned so far and it has joined a herd. We have tried our best to bring back Kusha but it is displaying its displeasure when we try to coax it back to the camp and even tried to attack our staff. It is shying away from its Mahout and Kavadi,” Ranjan said.

There are over 31 elephants at Dubare and there are only two female elephants. Both the female elephants are aged. Kushalnagar RFO Ananya Kumar has said that a letter has been written to the Department head office and instructions have been passed on to Dubare camp to bring back Kusha. “We are trying and as Kusha has joined a herd, it is difficult to keep a track.
In fact, even Kusha’s mate too protests whenever our staffs try to woo it back,” he said.

Ananya Kumar added that the search and efforts to bring Kusha back will continue for six months. “We have devised CCTV cameras along the  elephant path to track Kusha and our efforts would continue,” he added. 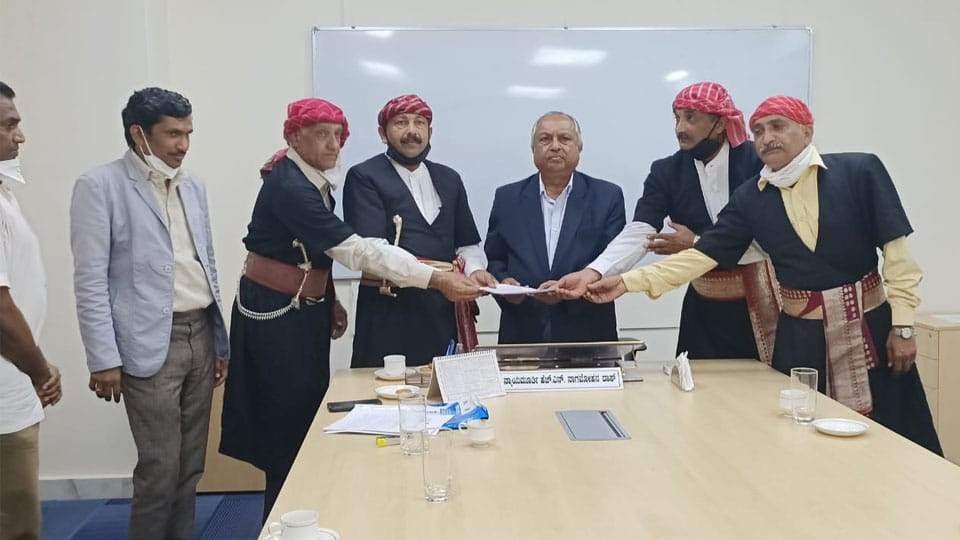